Using the Atom plugin for Python

In this article, you'll learn how to access all the features the Atom plugin has to offer for Python.

Note: If you installed the Atom plugin while Atom was already running, you'll need to restart Atom for the plugin to activate.

If Kite is installed properly, you should see a small Kite logo at the bottom right corner of the Atom window. Hovering your mouse over this icon will tell you the current status of Kite.

For the first two (red) states, the Atom plugin will generally allow you take action to get out of the invalid state. For example, the plugin will allow you to start Kite Engine from Atom directly.

Clicking on the icon will open a menu that will allow you to access your settings or get help. 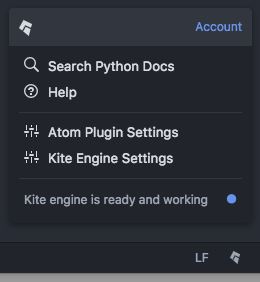 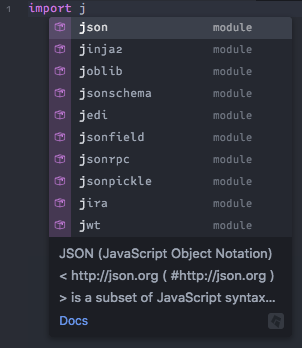 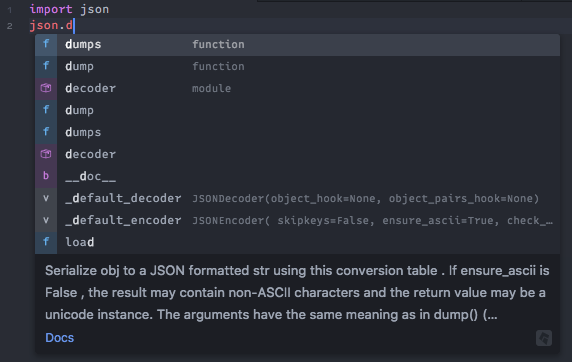 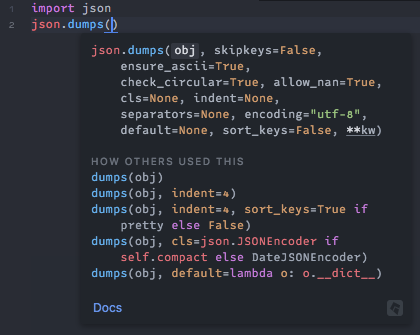 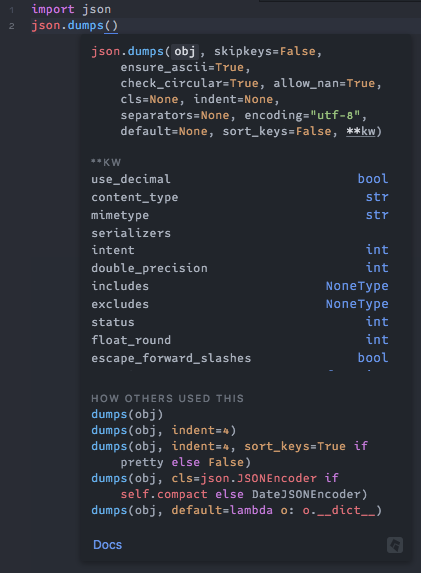 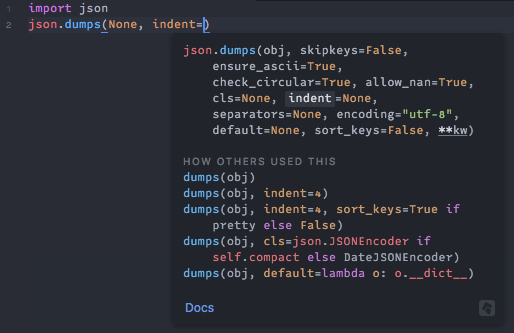 The “How others used this” section in the bottom half of the UI shows you common ways other programmers use the function json.dumps. Kite learns these calling patterns by analyzing all the open source code available on GitHub and then ranks them from most popular to least popular. If you are calling a function that you have defined locally, Kite will extract patterns from your codebase directly instead of GitHub. 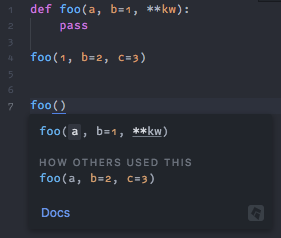 When you call a function, Kite may suggest snippets as completions you may choose. Snippets are denoted by placeholders enclosed with <>. In the screenshot below, the highlighted completion has two placeholders: <obj> and <indent>.

When you select a snippet, you can use the tab key to jump between placeholders as you edit them.

Kite can also quickly retrieve documentation for the code you are working with. If you hover your mouse over an identifier, you can click on the “Docs” link to open the documentation in the Copilot.

You may also select the Kite: Docs at Cursor command from the command palette.

As shown in the screenshot above, you can also trigger the UI using a keyboard shortcut. When triggered, the documentation shows up in the Copilot.

You can also jump to the definition of a module, class or function from your local codebase using Kite. The hover UI provides a “Def” link to do so.

The Atom plugin also allows you to search common Python questions on Stack Overflow. To access this feature, you can either click on the Stack Overflow icon in status bar, or you can use the command Kite: Search Stack Overflow. 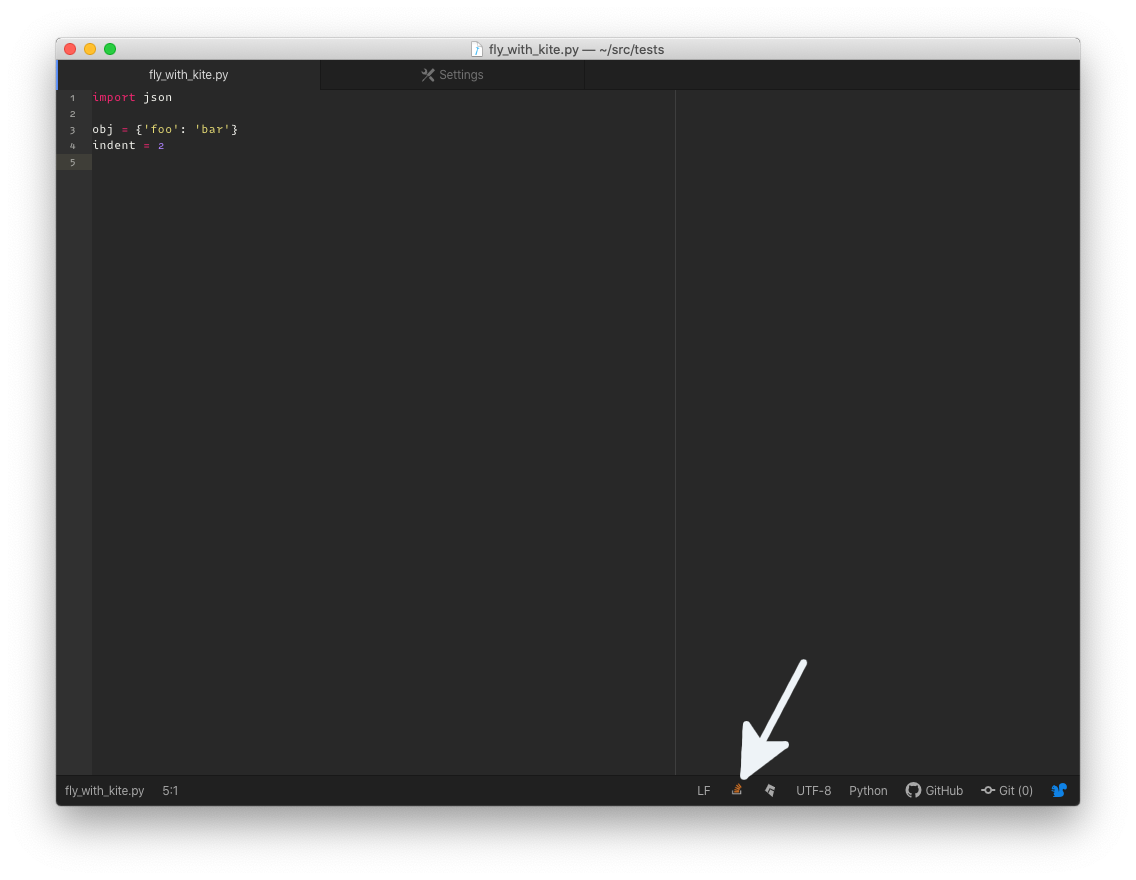 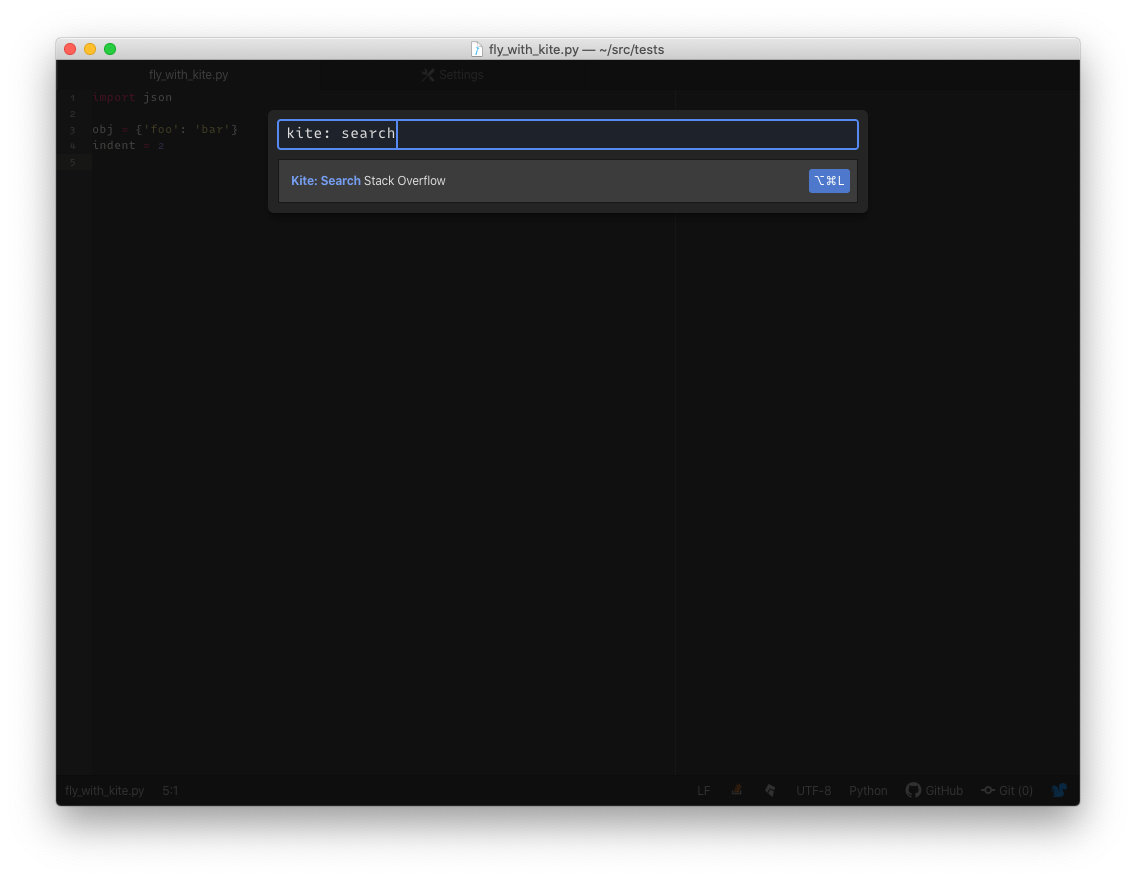 You will then be shown a search box that you can use to lookup a question. 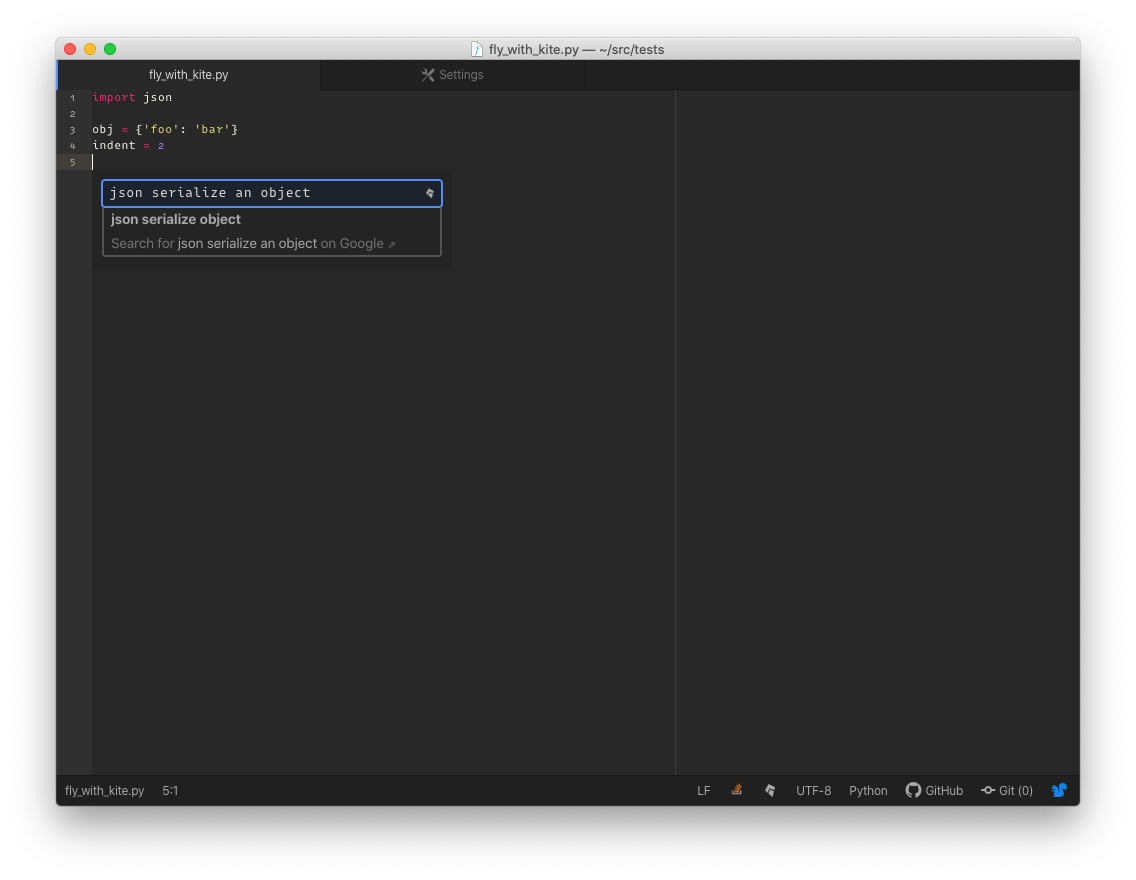 Selecting a search result will show you the relevant Stack Overflow questions and answers. 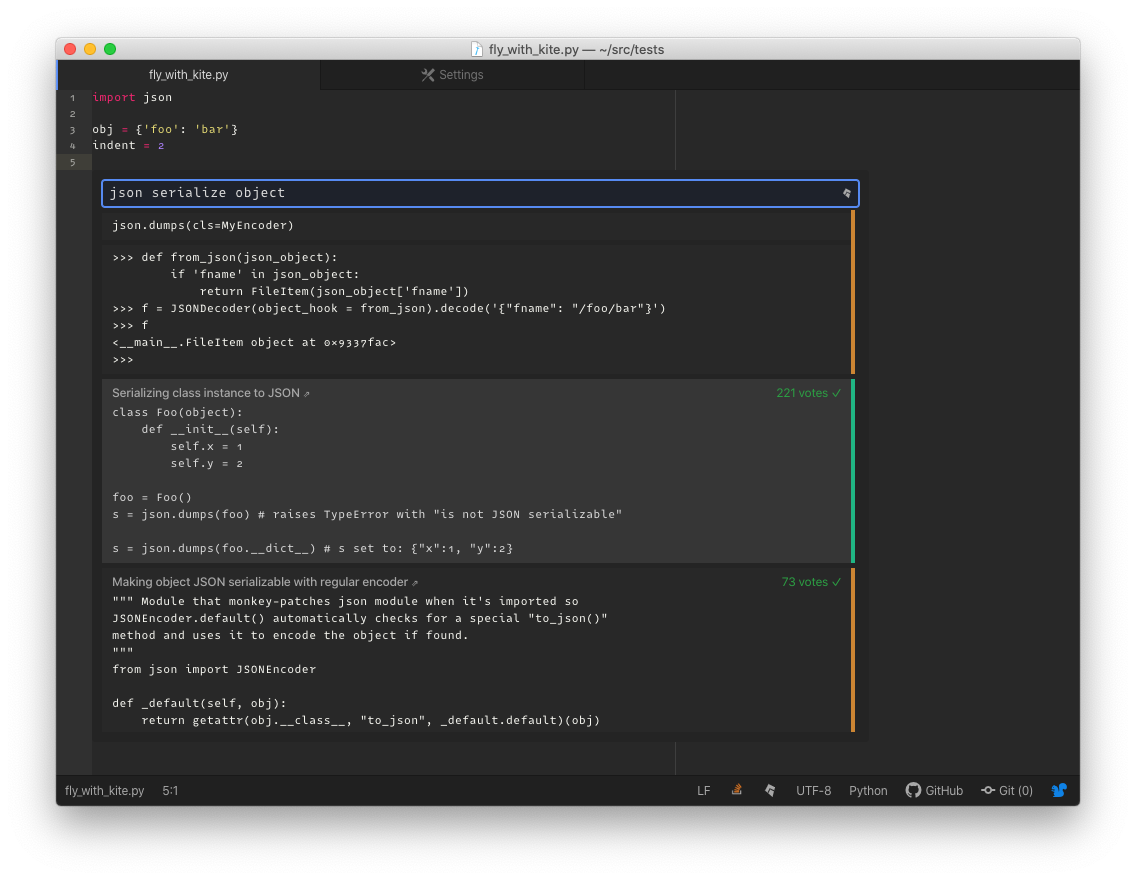 Selecting an answer will insert the code directly into your file. You will need to modify the inserted code to match your needs.

The Atom plugin provides a number of commands for ease of use. The GitHub repository contains information on the available commands.