In this article, you'll learn how to access all the features the Spyder plugin has to offer for Python.

The only prerequisites are that you have Spyder 4.0+ installed, Kite Engine running and the Kite plugin for Spyder enabled. If you don't have plugin enabled, you can do so by opening Spyder's preferences, clicking on "Completion and linting" on the left hand side, clicking on the "Advanced" tab, and then checking "Enable Kite". 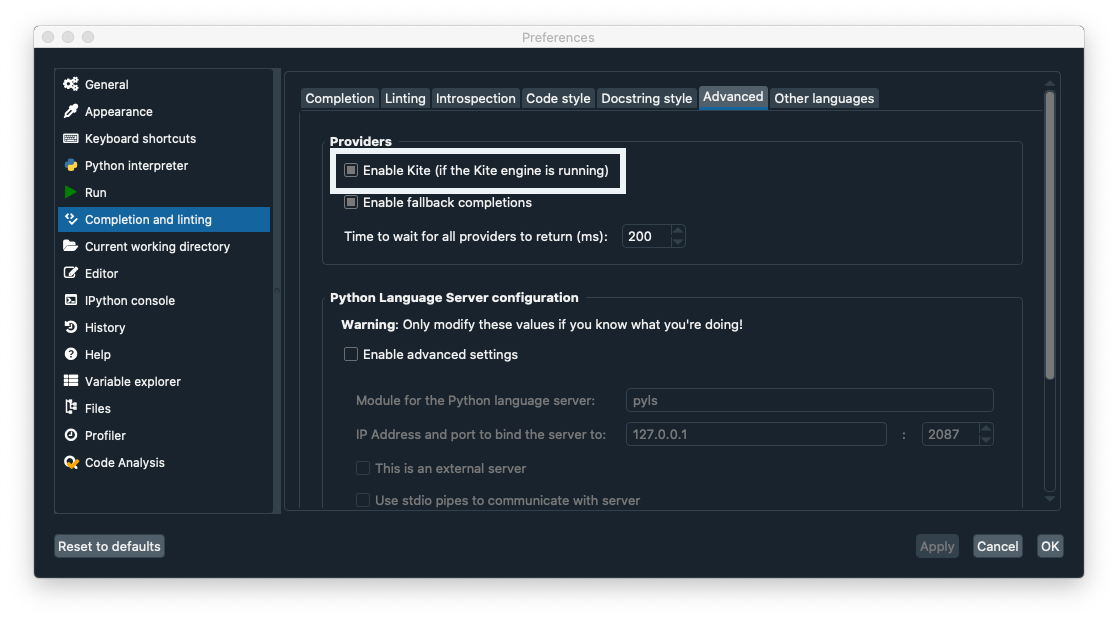 If Kite is installed properly, you should see a small Kite logo at the bottom status bar of the Spyder window. This icon will tell you the current status of Kite.

To get the most out of Kite's features, we recommend that you change several of Spyder's settings. To do so, open Spyder's preferences, click on "Completion and linting" on the left hand side, and under the "Completion" tab, make the following changes: 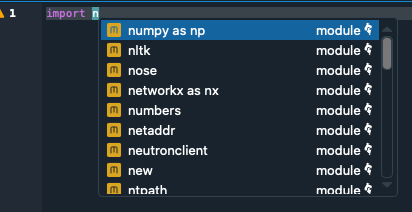 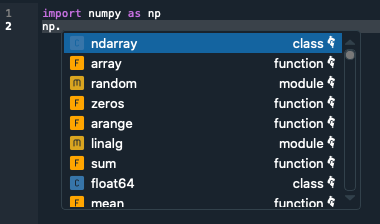 Continuing with the example code above, make a function call to linspace by typing the opening parentheses.

Kite should show you information about how to call np.linspace.

When you call a function, Kite may suggest snippets as completions you may choose. Snippets are denoted by placeholders enclosed with <>. In the screenshot below, the highlighted completion has two placeholders: <my_start> and <my_stop>. 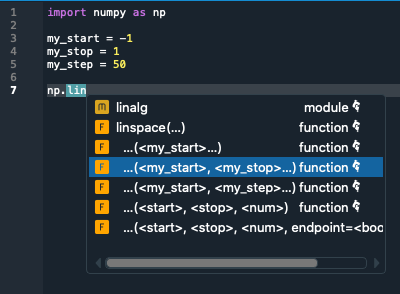 When you select a snippet, you can use the tab key to jump between placeholders as you edit them.